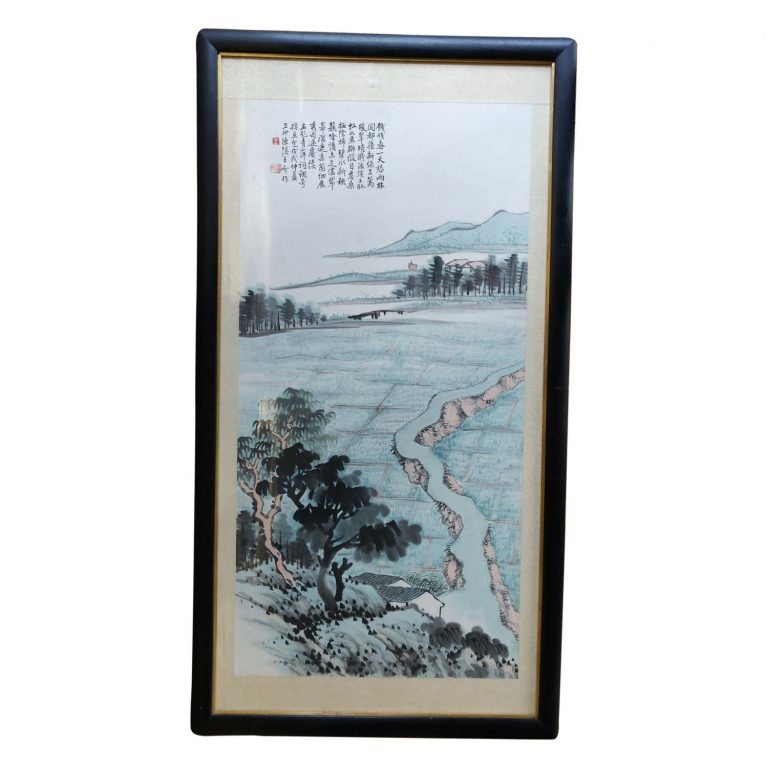 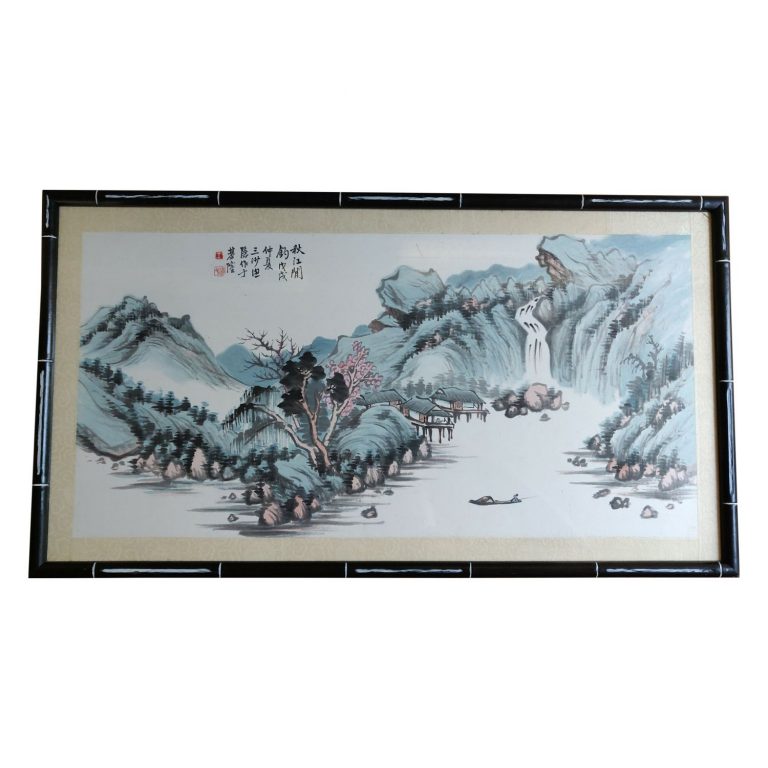 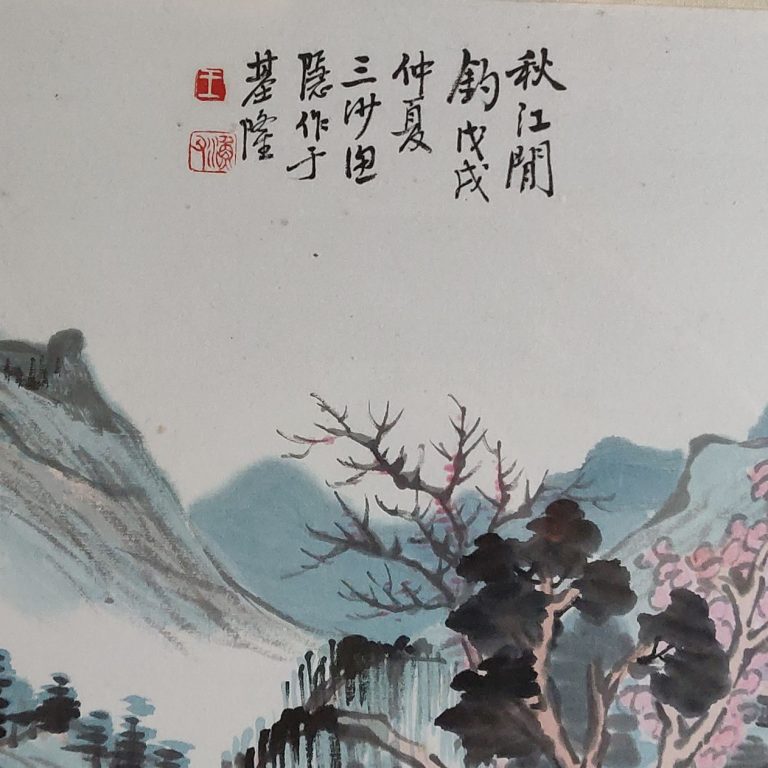 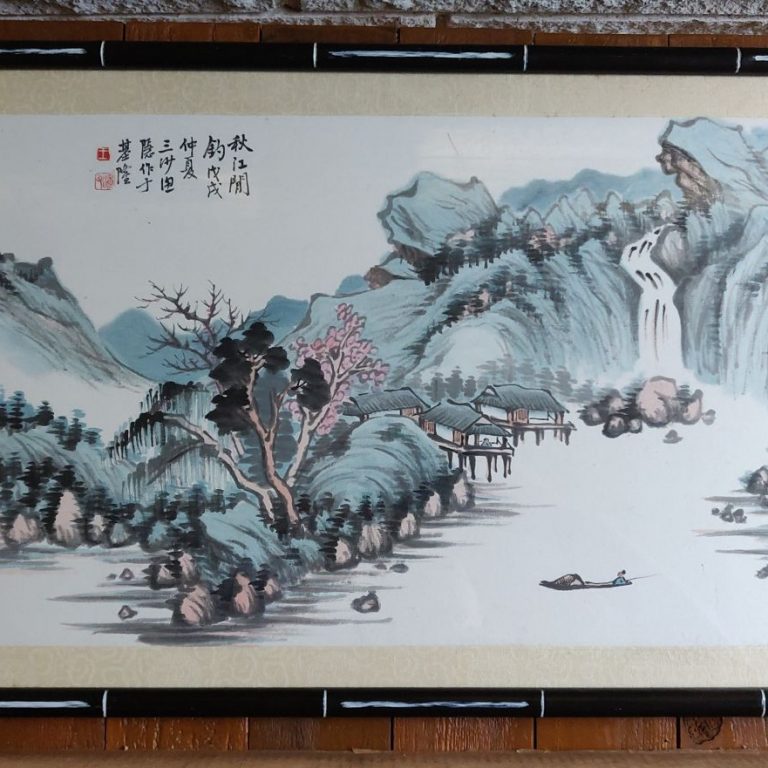 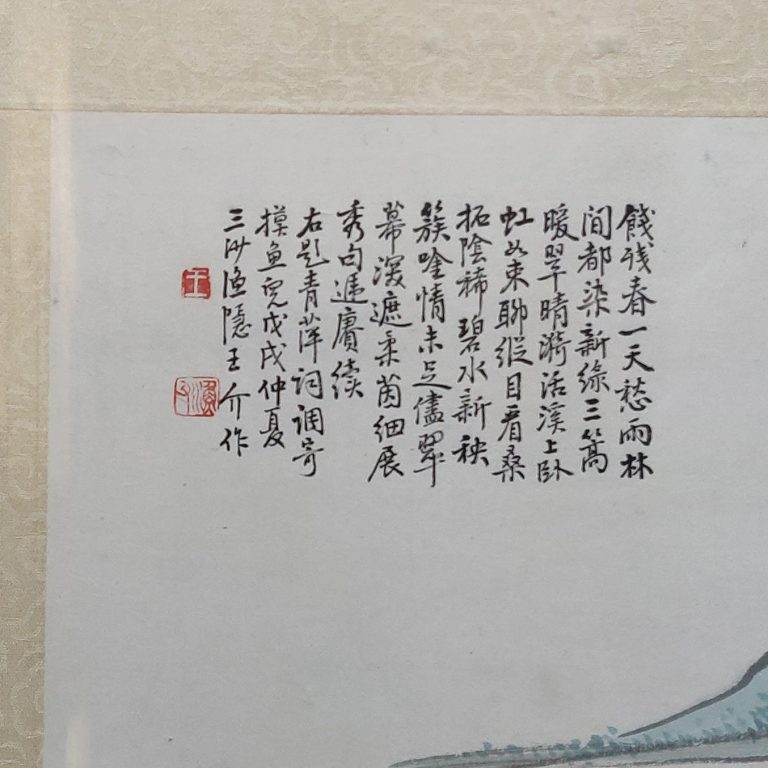 “Wang Yufu (1907-1974), formerly known as Wang Liuting, was born in Yi County, Hebei. He successively served as the head of the Art Section of the Guizhou Provincial Culture Bureau, the director of the Provincial Literary Federation Art Studio, and a famous painter in Guizhou. He studied painting at an early age, especially in flowers and birds. After 1929, he was admitted to the Art Department of Peking University and the Peking Jinghua Academy of Fine Arts. He graduated from Peking Private Jinghua Art College in 1933, and successively received the masters of Wang Mengbai, Qi Baishi, and Chen Banding Zhu. After 1936, he was employed as an art teacher in Shexian Middle School and Normal School. After the outbreak of the Anti-Japanese War, Xu Chang, Wuhan, Changsha, Guilin and other places sold paintings for a living. He settled in Guiyang in 1944 and served as the director of the Fine Arts Department of Guizhou Provincial Art Museum. In 1958, he was transferred to be a professor of the Art Department of Guizhou University, and later taught at the Guizhou Art School and Guiyang Teachers College. He died of illness in 1974 in Guiyang.”

A pair of landscape water color and ink scrolls now framed one in the vertical orientation and the other in the horizontal orientation.

Translation: Time to say goodbye to the late spring, it has been raining for a whole day, and the new trees have appeared in the forest. The fresh water is running, meanwhile the shadow of the beautiful rainbow shows up above the river. I look far into the distance, seeing the mulbery and Cudrania triloba, the new rice seedlings are growing well in the clear water at the shade. My poetic inspiration is not satisfied yet, the chaparral has cut across my line of vision, the meadow in front of me is so scenic. I keep on writing a few more sentences and the epigraph of name is Mo Yu Er. In the middle summer at the year of Wu Xu, done by the Yu Yin of San Sha, Wang Jie.

Translation: Idle fishing in the river at autumn, middle summer in the year of Wu Xu, done by Yu Yin of San Sha at Keelung.

Provenance: east Memphis Estate. Very Fine East Memphis Estate Sale Partial estate of the late Dr. Philip George – a distinguished pediatric pulmonologist, whose services in the field of medicine and whose contributions to the social and culture fabrics of Memphis are innumerable. Dr. George spent many years collecting beautiful objects and brilliant works of art both locally and from around travels abroad. He was a founding member of the Decorative Arts Trust at the Memphis Brooks Museum of Art, an active member of the Dixon Gallery and Garden, and other civic societies.

Re shipping CONUS fixed price // outside of CONUS request a shipping estimate based on your location and your shipping requirements. re lease Request lease availability and terms for the artwork